Special Guests Make an Appearance in Once Upon a Tower

Eloisa and Julia Quinn are writing buddies who love to collaborate (The Lady Most Likely, anyone?). When the opportunity to have characters crossover presented itself, they jumped on it. Once upon a Tower released first, with Edie and Gowan attending the wedding of Just Like Heaven’s main characters: Marcus and Honoria. The first two images below were shared all over Facebook when Tower came out. (Scroll down for what happened six months later…) 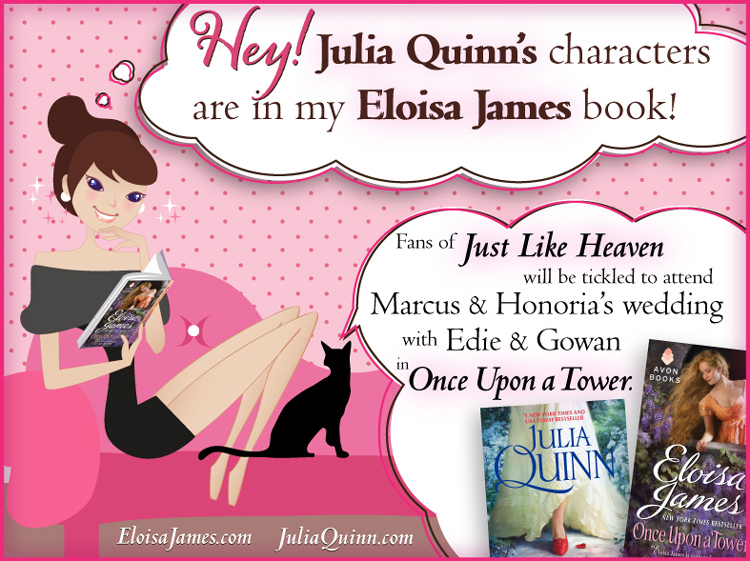 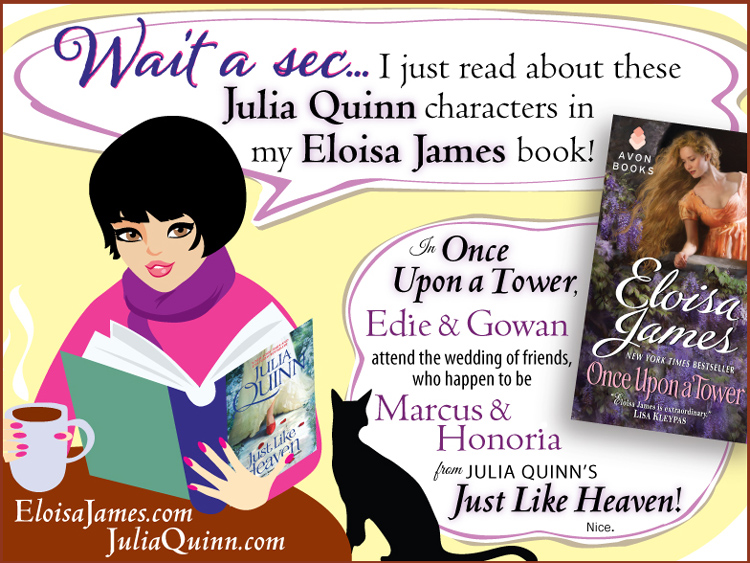 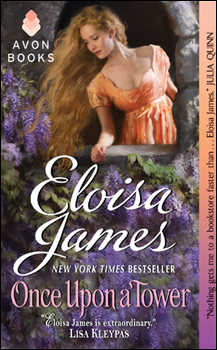 Later that year, these next two fun shareables hit social networks when Julia’s The Sum of All Kisses released, readers noted the mention of the Duke of Kinross and Lady Edith Gilchrist in the fifth chapter, and Julia talked about the character crossover on her site.

Readers are invited to share these images even after the books are no longer new. The character crossover is great fun regardless. 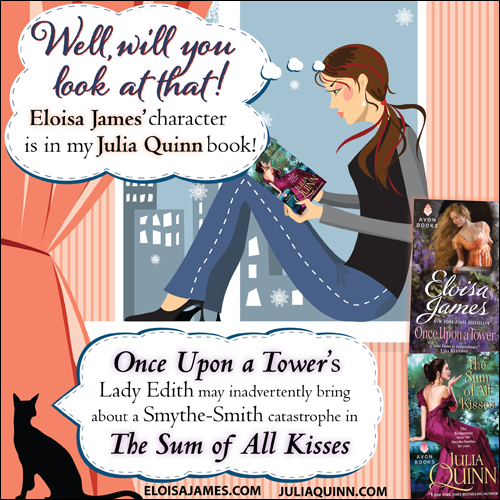 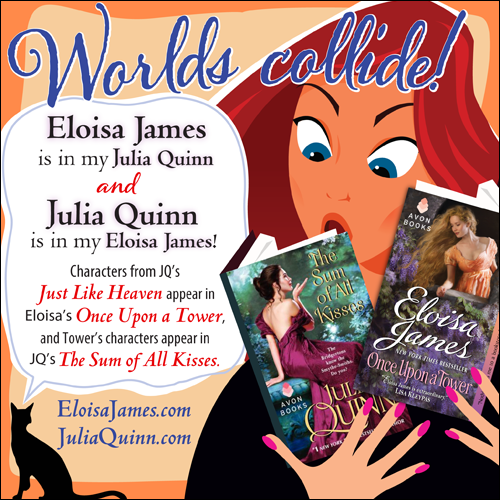