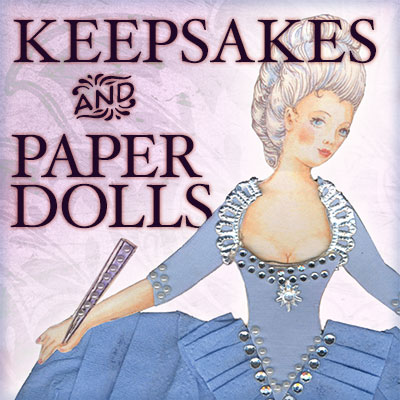 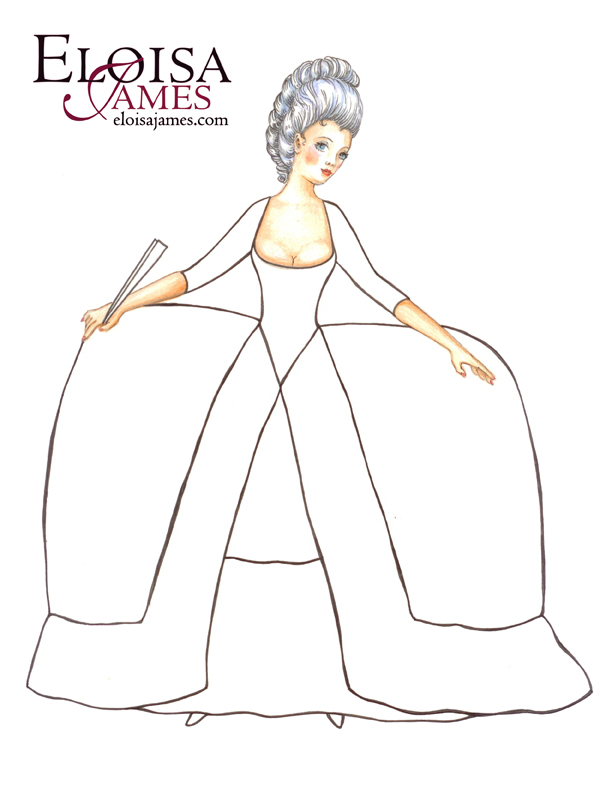 Shortly after A Duke of her Own was released, Eloisa got the wonderful idea to create Georgian fashion paper dolls to go along with her Desperate Duchesses heroines. Collaborating with a very talented illustrator, she developed this template (shown here), complete with hairpieces and two dresses, drawn only in outline so readers could DIY.

Eloisa then issued a challenge: make one and send it in.

The response was amazing. Readers really go into it, from coloring in the dresses to breaking out the sequins and mod podge, it was really hard to select a winner. Nearly all of the submitted dolls are pictured in this photo album on Eloisa’s Facebook page, but this blue confection (immediately below) won the Grand Prize and was featured on a postcard Eloisa sent out that winter. A bunch of others were then selected by Eloisa to go along with each of the first six Desperate Duchesses heroines.

Eloisa gave this stunning blue gown to the heroine of This Duchess of Mine, who appears in all the first six of the series, but has her own romance in Book 5, saying: 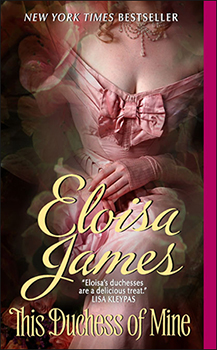 “Jemma would love to wear this gown to Versailles!”

Keep scrolling past the card, there’s much more! 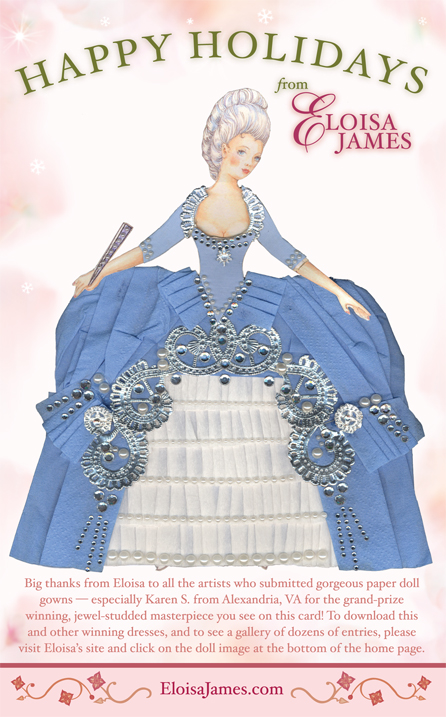 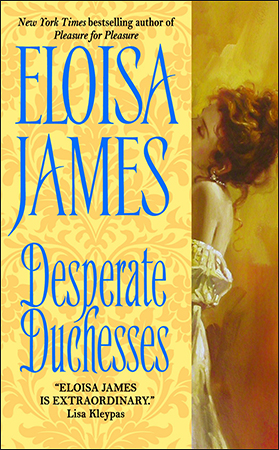 For Desperate Duchesses, Book 1 in the series, Eloisa says: 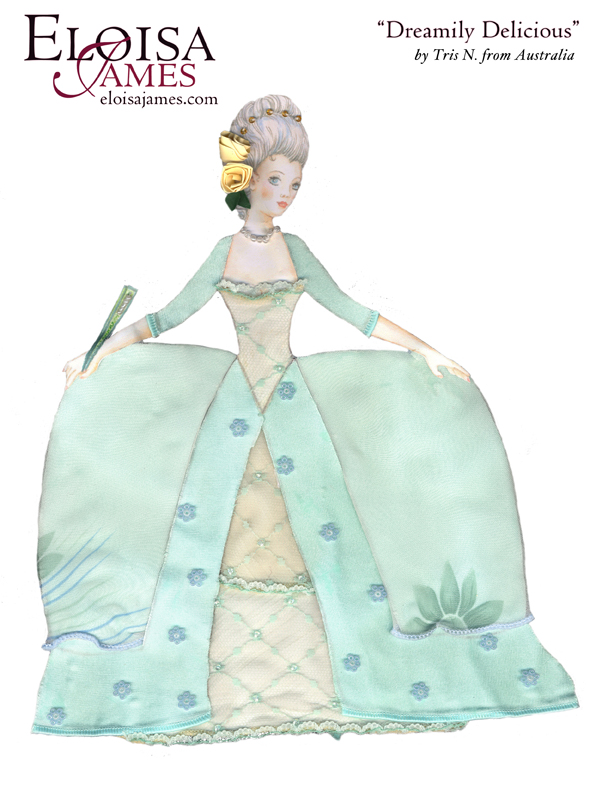 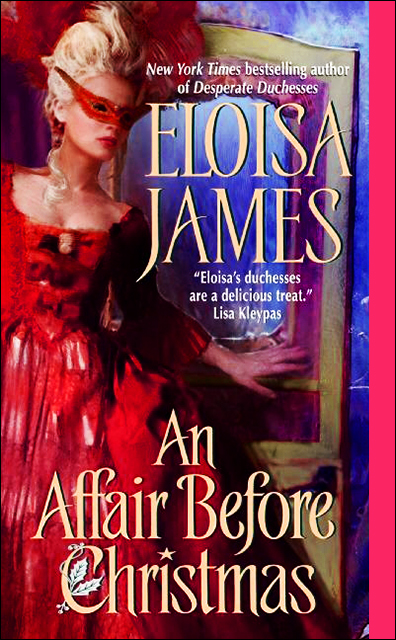 For An Affair Before Christmas, Book 2 in the series, Eloisa says:

“After she got over the extravagances pushed on her by her mother, Poppy would have loved to wear this soft pink, lacy beauty.” 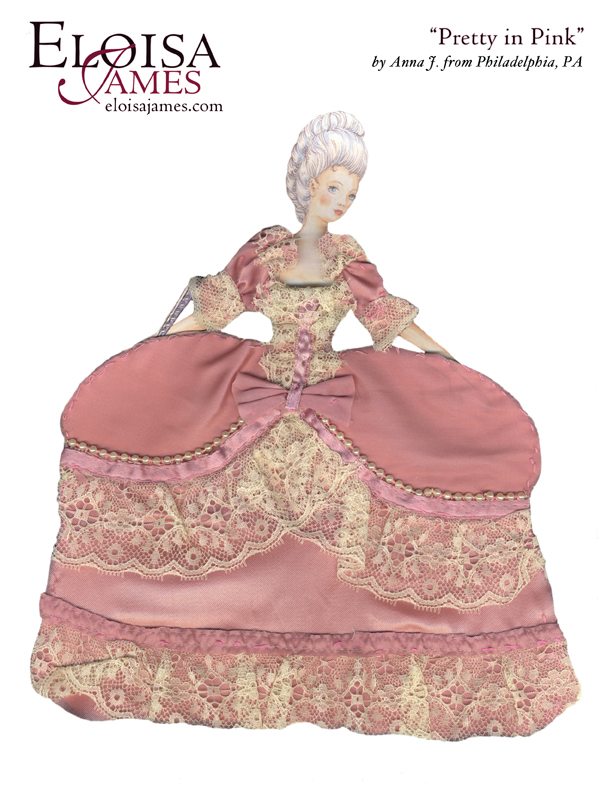 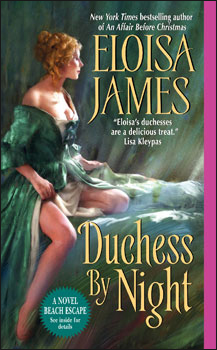 For Duchess by Night, Book 3 in the series, Eloisa says:

“This is the dress that Jem would have designed for Harriet.” 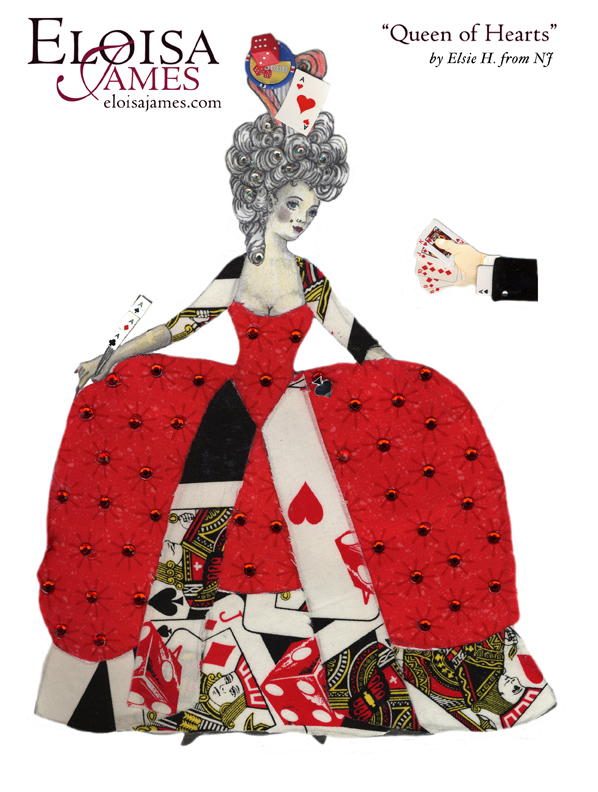 For When the Duke Returns, Book 4 in the series, Eloisa says:

“With her flare and sophistication, Isidore would carry off this gem-laden gown with aplomb.” 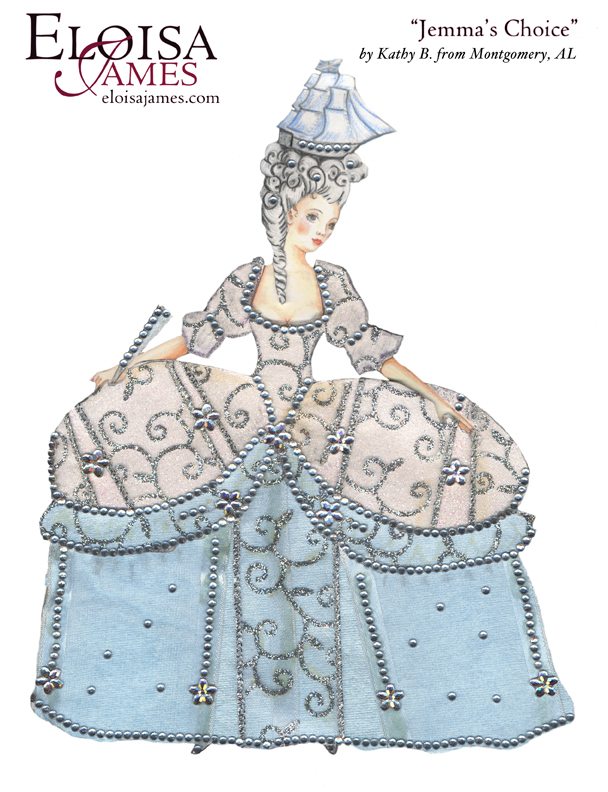 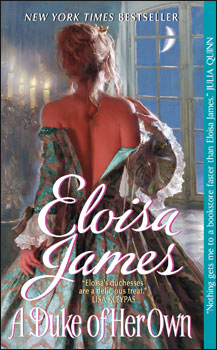 For A Duke of Her Own, Book 6 in the series, Eloisa says:

“I see Eleanor in this delightful gown. It has the elegant yet extravagant touches that she would love.” 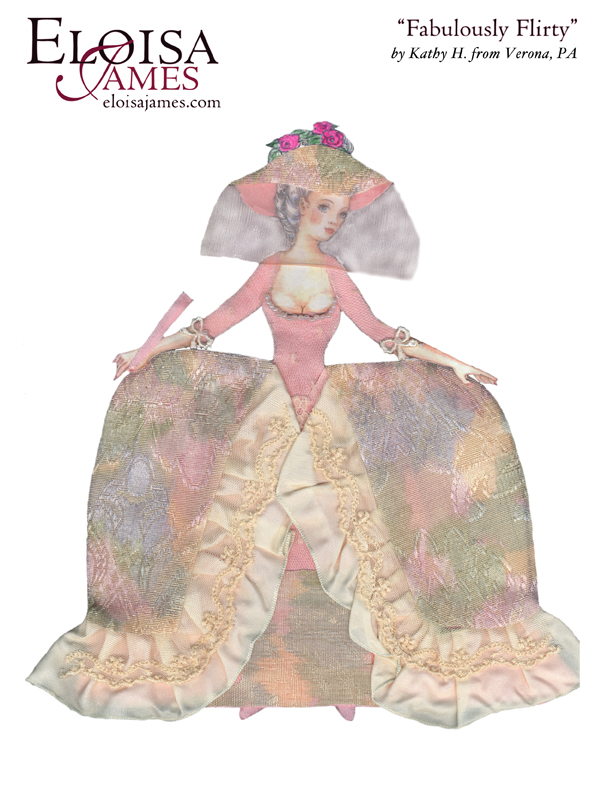 For a few bonus dolls, the Grand Prize winner sent in a second doll that Eloisa could not resist: 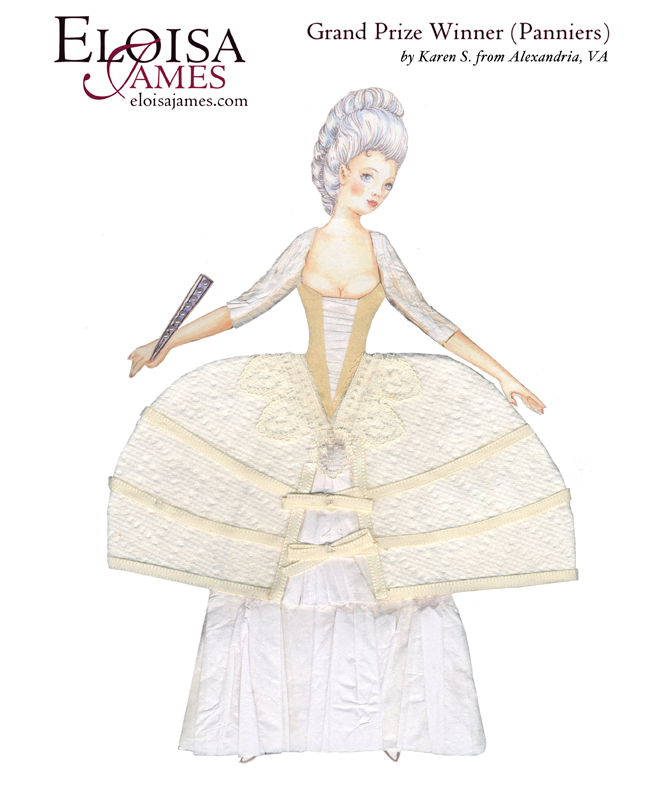 Eloisa and her daughter made this lovely purple doll together: 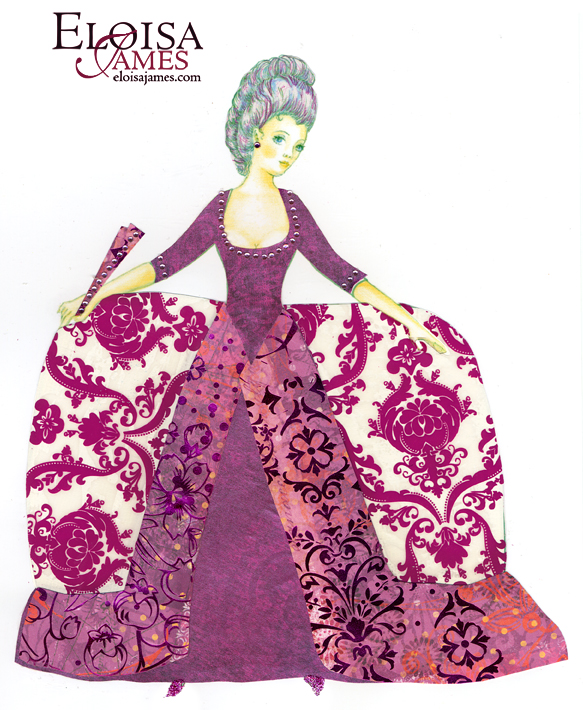 Eloisa’s design team made her this gown just to say thanks for giving them such a beautiful project to work on: 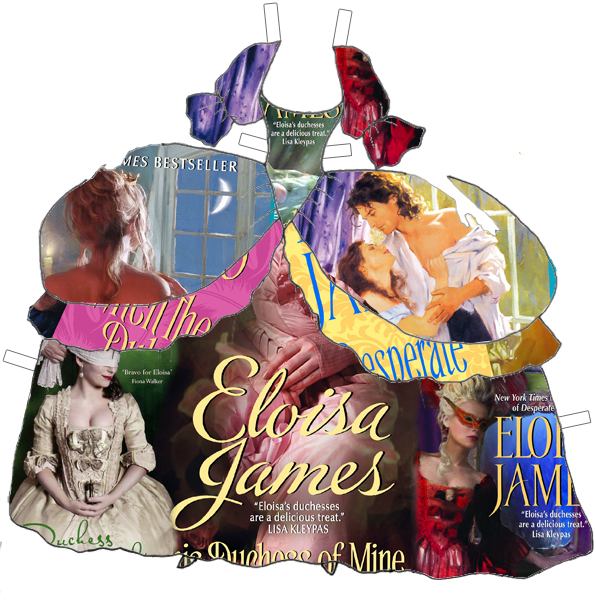 Eloisa’s Design-a-Duchess Challenge is over, but you can still download your own doll to decorate!