Inside A Gentleman Never Tells 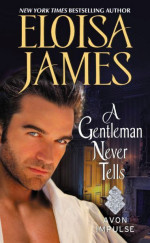