My darling friend and fantastic artist Anne Connell has an amazing, creative Etsy shop selling unique cards. A while ago she made me a gorgeous portrait of Lindow Castle, which I use as the topper for the Facebook Group, Lindow Castle (please join if you haven’t!).

I asked her to turn her creation into a card and she did! You’ll see all of Lindow here: the swamp, the rose garden, the meadows, the stables, the round pool…see the tiny boat? And Fitzy?

These are delicious gorgeous cards you can buy from her shop to send friends who love history, castles, and romance in general. 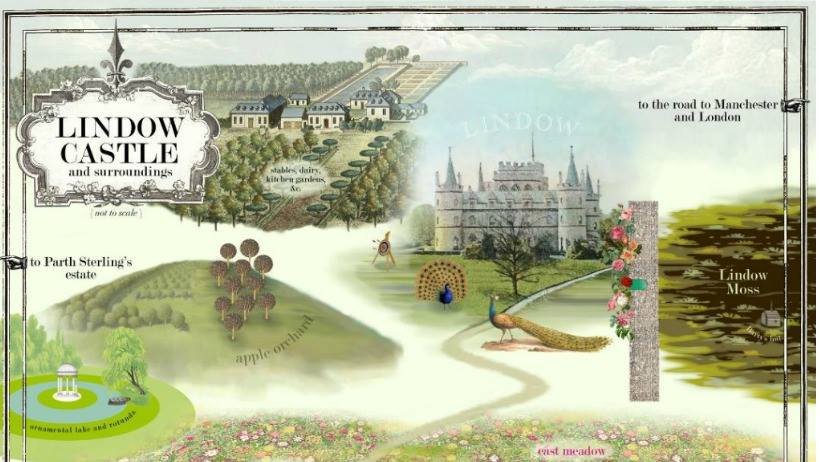 There are a lot of family members in the Wilde family and readers have said it can be a challenge to keep them all straight. Here is a handy guide to who’s who, how they are related, and where they fall in birth order.

*Please note: Some of the names are linked to Wikipedia pages. Since each of the Duke’s children is named for a historical warrior, real or literary, readers can look up the inspiration for the namesake. (Eloisa cannot vouch for the accuracy of the full content of each of these pages, but it definitely serves for reference.)

Hugo Wilde, the duke (1721- ). His Grace has a twin sister and has been married three times. Once widowed, once divorced, now happily married.

Born to be Wilde debuted at #8 on the New York Times bestseller list!

Born to be Wilde debuted at #11 on the USA Today bestseller list! 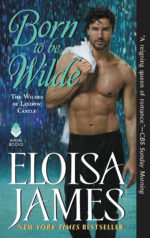 I will begin with my dedication to my brother-in-law, Sunil. Years ago, he told me that Sunil was another name for Krishna (the Supreme God, in Hindu belief). In the great epic poem, The Bhagavad-Gita, Krishna or Sunil disguises himself and acts as a charioteer to Parth, a Pandava Prince, who is going into battle. All the Wilde children are named after warriors. Parth is, of course, an adopted child who joined the family at age 5. But he too was named after a warrior and moreover, one who is victorious in battle.

Parth is “born to be a Wilde,” and even his name signifies his wildness. Lavinia assumes that he is a lost puzzle piece, the way she is; but in fact he is part of a solid family group. One of the more diabolic plans I had for this book involved isolating Lavinia more and more, so that she learned to rely on herself. First I took Willa away, obviously, and then her mother, then Lady Knowe returns to the country. She assumes that Parth is as lonely as she is, but he isn’t. From that moment, she grows stronger and stronger.

The kiss in the rain, depicted on the front of the book, was the very first scene I wrote for this book. I generally write in a linear fashion, but I had such a clear image of Lavinia—breaking all the rules of polite society and hurling herself outdoors in a rain shower, only to be kissed by Parth, who was likewise breaking rules—that I had to write it first. Lavinia and Parth appear in Wilde in Love, in particular, bickering and (obviously) already falling in love.

I made up the tapestry-hung solar in the old part of Lindow Castle after visiting every castle I could in Scotland. I did not see any tapestries that depicted angels falling like snow, but I did look closely at tapestry designs wherever I could find them—in the museum attached to Versailles, for example. It probably would have taken longer than two years to finish these tapestries, but many people could work on a tapestry at once. I choose to imagine a light and airy French weavers’ hall, filled with cheerful artisans.